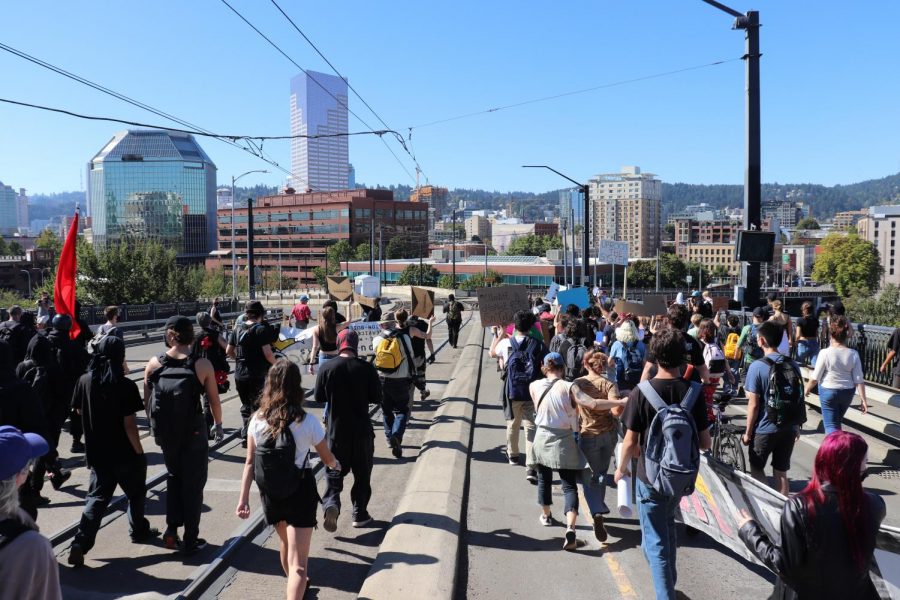 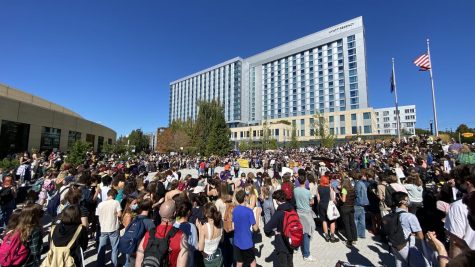 Sun, sweat, and screams permeated the air of downtown Portland on Friday, the 24th, as over 6,000 PPS students, championing climate justice, marched from the Oregon Convention Center to City Hall. The event, largely planned by students part of Portland Youth Climate Strike, strove to remind individuals, businesses, and elected officials that climate change hasn’t dissipated despite the fact that the attention of the community had. 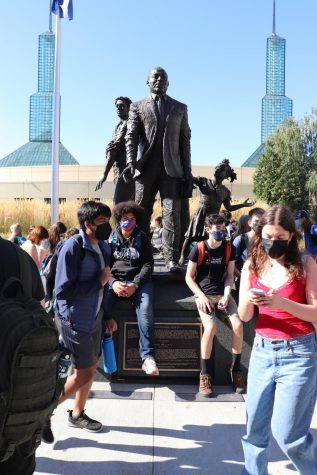 Though the turnout proved to be more than impressive, the success of the demonstration, nonetheless, surprised even those who worked to organize it. “We didn’t know what the turnout was going to look like and then we came here and there were so many people. It was the most exciting moment ever.”, said Jacob Glass, a junior at Ida B. Wells High School, who helped plan the strike. 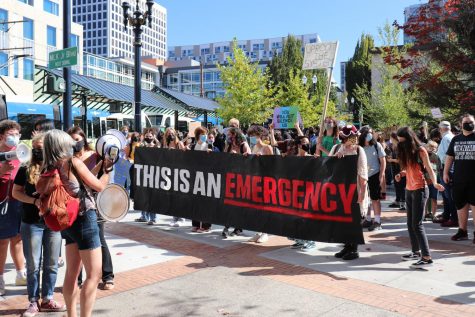 Students left at the beginning of their third period classes to bus downtown to the Oregon Convention Center for the beginning of the strike. The plaza quickly filled up as thousands of participants streamed in. “[…]we saw that the Fridays for Future was doing a climate strike, and we wanted to make something happen in Portland. It took a lot of collaborating with a lot of people and a lot of organizations to get this done.” said JJ Klein-Wolf, an IBW sophomore who also worked to plan the strike. 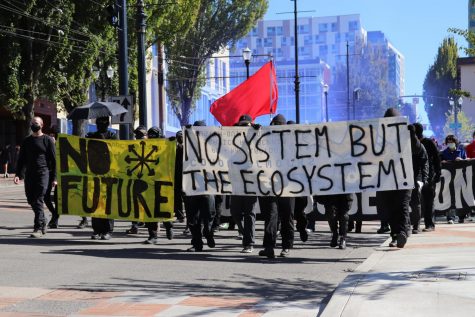 After a quick reminder about some COVID safety from the event’s organizers, signs were branded, banners lifted, and drums thumped as the mass began to march. The sun, beating down on the crowd of enthusiastic students and activists, brought a warm excitement and passion to the demonstration. 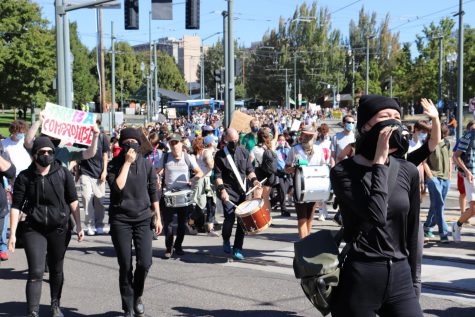 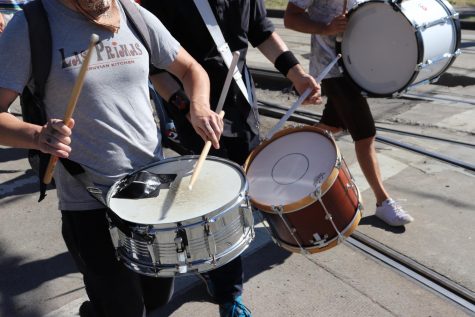 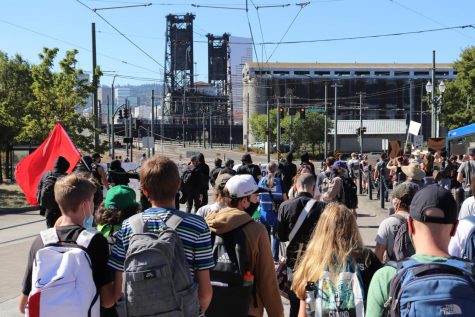 Though the excitement of the strike, the turnout, and the goals to be met had already been understood, the realization of the true success of the event came at the crossing of the Steel Bridge. Glass reflected on this excitement, saying “[…] just like having a megaphone in my hand, and being able to chant and yell, […] just hearing so many youth and so many people in general chanting ‘What do we want? Climate Justice!’, is like such a great feeling after putting in so much effort for this strike”. 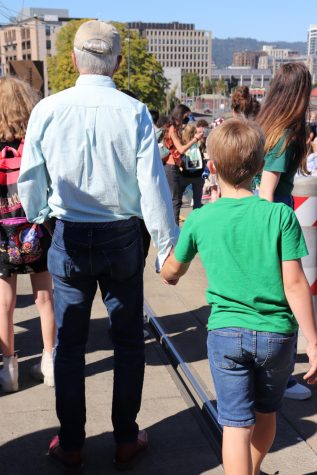 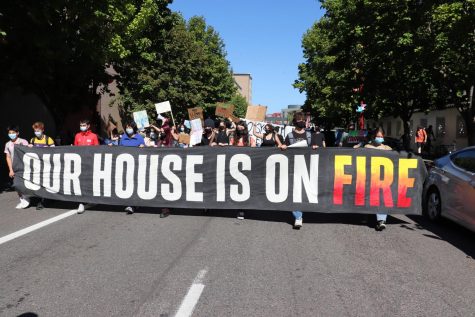 Klein-Wolf echoed Glass’ experience leading the march, saying, “Jacob and I were standing at the front the entire time, leading all of these people in these chants, and there was a moment of realization that I was thinking to myself, ‘Oh, I did this, I helped with this, we did this together.’ and it was just such a gratifying feeling”. 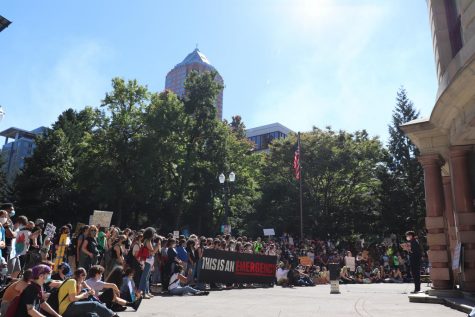 The strike culminated in an organized set of speeches and demands laid out before City Hall. Protesters gathered before the iconic building, quietly and intently listening to what the speakers had to say.

JJ Klein-Wolf MC’d the event, introducing the speakers, many of which were students, detailing the list of demands and goals that the group had for local policymakers to implement. Klein-Wolf described her role, saying “[…] we actually had an advisor of a county commissioner come up to me and ask if we had some sort of handout to give them […] the fact that I gave that piece of paper, that will in theory go into the hands of an elected official to make an actual difference, in my opinion, was the most successful thing today, because our goal was to make our voices heard and that is what we did.”

As protestors slowly trickled away from the event, a sense of satisfaction and hopefulness was present in the warm streets of Portland. The impressive qualities of the strike, in its immense turnout, passionate protest, and ideas received by those in our local government, cemented the day as sweeping success.

Though, it would be false to say that the success of this strike would immediately solve the issues that the demonstrators had set out to address, it cannot be denied that the intentions and aspirations of the strike were true. The reality of that Friday strike was that the demands of these demonstrators was not just a wish list for a preferred future; but a demand to live in a world that would outlive them.