From Screen to Stage: IBW Theater Returns with a Bang 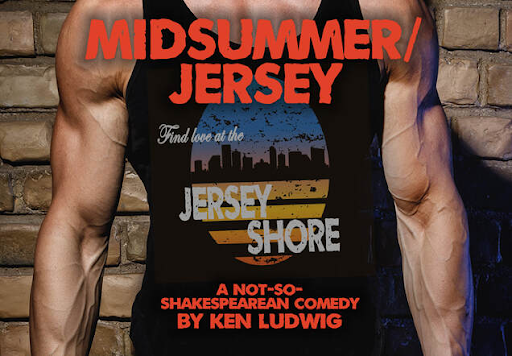 From socially distanced short films to a play with a full cast, theater at Ida B. Wells has been through it all. After nearly two years of difficult Zoom calls, the cast of IBW’s latest play, Midsummer/Jersey, is finally back in the building—and back on stage.

Midsummer/Jersey opened on February 11th, and as of now, tickets to all of their shows are sold out.

The process, however, didn’t come naturally. It was a big transition from acting on Zoom.

“Online acting was like it was a whole different experience,” said Joeyy Whitaker, an IBW junior playing Nikki Bottom in the show. “For the film festival we had to record a FaceTime call…that’s just way different than just being on stage.”

To most cast members, the transition felt like a breath of fresh air. “It’s just really refreshing to be back in person,” Whitaker said. The best part? The community. “The community is one of my favorite aspects of theater,” they said. “Just being able to hang out with people in the drama room, even people I’m not super close friends with.”

The same social environment was difficult for the theater community to achieve since the production for spring 2020, Revenge of the Space Pandas, was canceled.  With Zoom meetings in place of rehearsals, there was no time to socialize with other actors. Now, the well-loved environment has returned.

With a two year hiatus from mainstage productions, another big change occurred: casting. Whitaker, a freshman in 2020, came back to Ida B. Wells as a junior with much more experience, giving them a larger part in the show.

“I wasn’t really expecting it,” Whitaker said. “It was just kind of a shock to have that many lines. With my first show here, A Gentleman’s Guide [to Love and Murder], I had two lines. Now I have  two giant monologues and dozens of individual lines. It’s crazy. It’s awesome.”

Jamie Miller, the drama teacher at Ida B. Wells acknowledges the difficulty as well: “People who are now in a senior leadership position, who stopped doing this after their sophomore year, are now expected to do some of the things that our seniors, after 11 shows, do.”

On the other side of the joy of coming back to in-person theater is the logistics: COVID protocols. Actors are now required to wear masks while performing and are limited to three people per dressing room.

“I do wish we didn’t have to perform with masks just because my character is very expressive,” said junior Elias Kaplan who plays Jack/Robert, “but we’re hopeful for next year.”

According to the actors, COVID protocols haven’t heavily influenced the rehearsal process. However, some actors are disappointed with various theater traditions being disrupted by protocols like limited dressing room capacities.

While their traditions may have to be altered, the actors are still taking COVID seriously. “I think that our cast and crew are doing an exceptional job with COVID protocols,” Whitaker said. “I couldn’t ask for better people to collaborate with.”

Regardless of COVID policies, cast members are grateful for the opportunity to act with each other again. “I have been waiting so long for this,” Kaplan said. “It couldn’t have come faster.”

It appears that the IBW community feels the same. “It has been one of the more pleasant surprises of my entire teaching career,” said Mr. Miller. “We were not sure who was going to be willing to sit in an enclosed box with a bunch of people they don’t know.”

However, the community showed up. “It was the first time that we put up the show and we heard people laughing and applauding again…They’re picking up what you’re laying down and they’re doing it in real time with real responses.” It was a game changer. “Just being able to share that moment was phenomenal,” Miller said.

“I want to express the greatest gratitude for the school and its community. We’ve sold out every seat of the entire run,” he said. “They came out and they came out hard.”

Closing night of Midsummer/Jersey is Saturday the 19th.