Why You Should Visit the Portland Japanese Garden 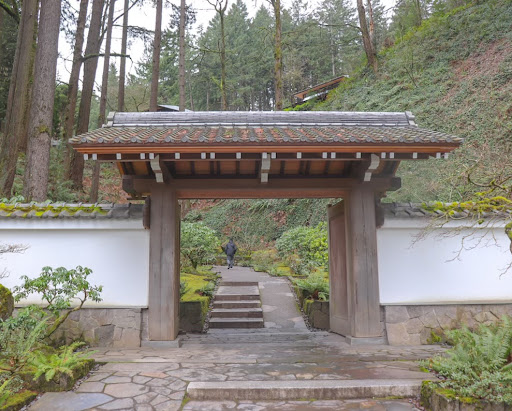 Settled deep in the Portland hills and Washington park, the Portland Japanese Garden serves as a bridge between American and Japanese cultures. The garden is an art form within itself and was grown and built not only to teach and bring communities together, but also to bring peace of mind to those who visit.

“It’s such a place of peacefulness and serenity.” Said Lynn Geis, a volunteer at the garden, “And as a guide, I often guide tourists, and people just love coming here. The first time, they’re amazed by just the beauty of it.” 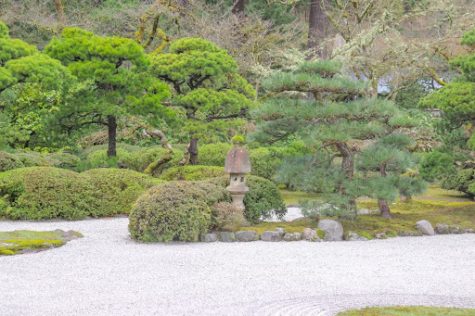 Designed by Professor Takuma Tono, the garden opened to the public in 1967, presenting a look into Japanese culture within the Pacific Northwest. Dedicated to teaching visitors about Japanese culture, the garden was crucial in spreading awareness, especially after the fallout of WWII when anti-Japanese sentiments were on a rise. Through cultural exchange and respect, Portland would begin to mend its relationship with Japan through the garden.

From the perfectly raked gravel and carved stone, to the elegant flowers and water features, the Portland Japanese Garden offers everything. The hard work and dedication put into the Japanese gardens should be considered an art form of precision and care. But what is a Japanese garden, and how are the plants grown?

Japanese gardens have been a place of balance and peace for centuries. Dating back to the Asuka Period (538-710), Japanese merchants would visit China and would take inspiration from the gardens and bring those ideas to the land of the rising sun. These tranquil gardens would be built and grown throughout most of Japan’s history, and some of them can be dated back thousands of years, serving as a window into the country’s past. 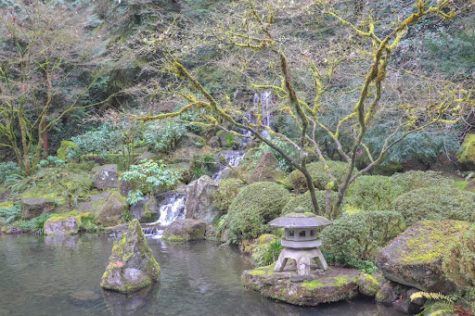 “We [the Portland Japanese Garden] have five styles of gardens here.” Said Geis,  “And as a guide, there’s a lot to share with people that you wouldn’t know by just walking through. So, I can make the experience for people deeper.”

The garden displays the true beauty of nature by incorporating Japanese culture into stone, plants, and many other elements; each symbolizing something. For example, gravel embodies the ocean, while the rocks symbolize islands. Each component works together fluidly to create a piece of art made of simple nature that now holds symbolic meaning and value. 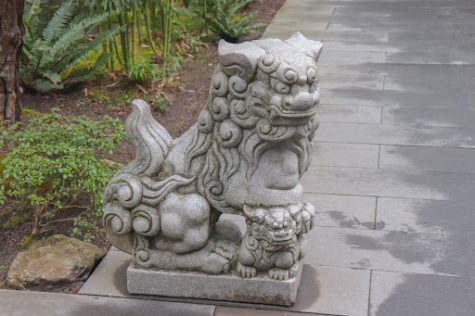 The Portland Japanese Garden perfectly integrates all of these aspects of Japanese culture. Another notable element that contributes to the garden is the exhibits of art and artifacts that you can find on display. The art and exhibitions contain information and history on all of the phenomenal pieces found at the garden.

“I’m really impressed by the people who work here,” said Geis. “They went through a lot of work to present these [art and artifacts] in a way so people can appreciate them.”

Its pure greenery of moss and trees is presented in such an eerie yet lush way that leaves its visitors stunned. The garden is well-maintained all year round, rain or shine.

Generally, spring is one of the best seasons to visit the Japanese garden. From the beautiful rhododendrons to the famous cherry blossoms, springtime proves itself as a great time to drop by the garden. Another peak time to visit the garden would be summer, “In late June, the Iris’ bloom and that’s a really gorgeous phase,” said Geis. 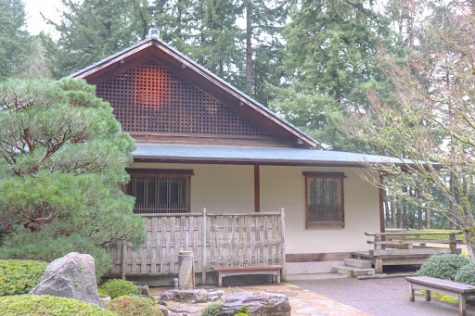 The Portland Japanese Garden has built itself up to be a heavily gazed upon hotspot in the U.S. “It has the deserved reputation as the best Japanese garden outside of Japan by Japanese government officials,” said Geis. Former ambassador of Japan to the United States, Nobuo Matsunaga, declared that the Portland Japanese Garden was “the most beautiful and authentic Japanese garden in the world outside of Japan” when he visited.

The statement and message the garden holds even with no words spoken is undeniably beautiful. From the cultural center of amazing architectural buildings to the well-kept and serene nature that consumes its visitors into tranquility, the garden offers something for everyone.

Just around seven miles from Ida B. Wells, the garden is open and almost ready to bloom as spring creeps around the corner. It proves itself as a great place to learn, enjoy nature, and indulge in art. Yet, the same message of honoring Japanese culture and bringing peace of mind holds true throughout the entire garden.