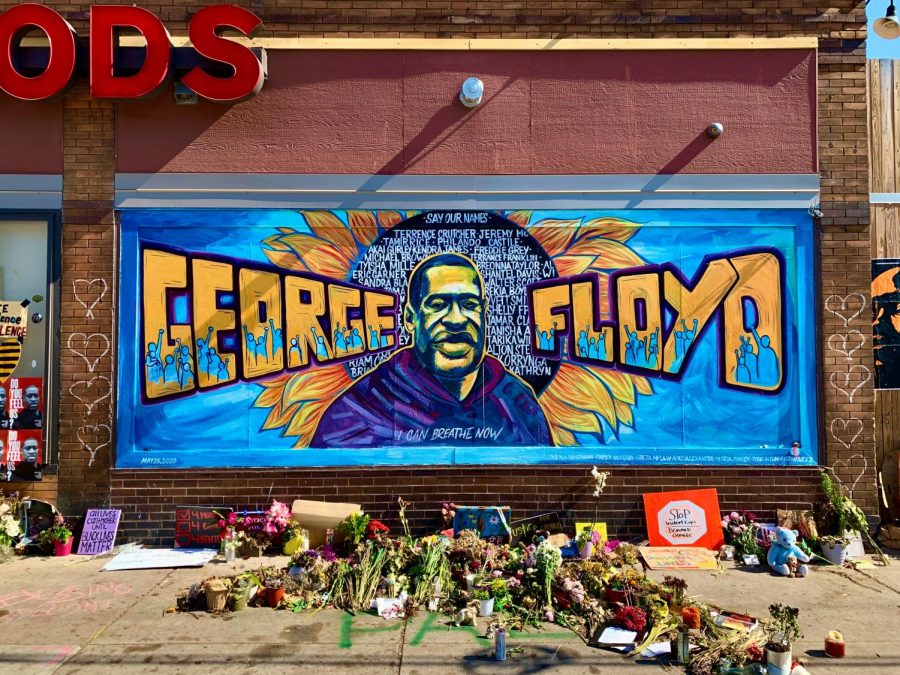 Both the 1860’s and the 1960’s brought about major advancements in the fight for equality for Black people in the United States; however, white America blinded themselves in ignorance by thinking that the work was done. This summer was a wake-up call to those Americans that the 400 year long wait for 13% of the population that is black, was not over. The last few decades may have led to incredibly positive social changes in our country for BIPOC and  LGBTQ+ communities, as well as for women. But if anything is true, it’s that the fight is far from over.

While many have never stopped crying out for social and political change in our country, plenty more have joined in as problems and systemic injustice have come into clearer view for the broader American public. The cry for change is heard loudest when it comes to the diversity of our government and institutions, tackling white supremacy and domestic terrorism, and the handling of protests and demonstrations in the wake of the vicious killings of unarmed black people by the police. Let’s take a look at what’s on the horizon for change.

It cannot be denied that the last four plus years have led to exasperated, harsh, and drastic divisions in this nation that have not been openly visible for a while. At the center of these divisions is Donald Trump. Widely labeled as racist, xenophobic, sexist, homophobic, transphobic, and nationalist, Trump’s name is not one that sparks an image of a welcoming or supportive figure for social, civil, or personal rights.

Whether it be a long history of discriminatory comments, rhetoric, and actions, Trump before, during, and now after his presidency has been the face of a rising conservative movement that seeks to strip the rights of nearly any americans that aren’t straight, cis-gendered, white men.

This was reflected in the lack of diversity in his first presidential cabinet. Topping at 18, Trump had the most white men in a first cabinet since Ronald Reagan in 1981–giving no major cabinet positions to any women, BIPOC, or LGBTQ+ individuals, even banning transgender individuals from serving in the armed forces.

With an overwhelmingly white executive branch, discriminatory rhetoric from the president, and a lack of policy focus on issues facing minorities in the US, the Trump administration was setting up the country for a racial and social crisis. This can be seen clearly with the rise in hate crimes and domestic terrorist attacks perpetrated by white supremacists in the last six years. Totaling 267 plots and attacks, far-right extremists have been the perpetrators of the majority of terror attacks in the US since 2015, resulting in 91 deaths, according to the Washington Post.

With the number of annual terror attacks in recent years at an all time high, a disturbing pattern has emerged. The majority of mass shootings and terror plots originate from individuals and small organizations with strong roots in far-right extremist beliefs here in the United States–not from abroad.

Trump, during the fall debates leading up to the election, when asked to denounce a far-right group called the Proud Boys, failed to do so–instead infamously saying “stand back and stand by.” This example speaks to the lack of consequences and even support the former president has shown to these groups, which has many believing that his presence in our political environment has contributed to the increase in domestic terrorism we see today.

An example we can all painfully remember was the storming of the United States capitol building on Jan. 6th. Trump drummed up a violent crowd with claims of election fraud that turned out a mob of far-right extremists that plotted against and attacked our nation’s democracy.

This radical, extreme behaviour that is directly linked to racial discrimination, has long been seen in America’s police forces. However, 2020 for many, was a year of clarity on just how disturbing the situation really was.

Though the disproportionate and vicious killing of unarmed black individuals by police in our country is not a new story, it was seen much more clearly by millions in the case of George Floyd. The video we all saw showing former Minneapolis police officer Derek Chauvin kneeling on the neck of George Floyd for over 9 minutes, sparked a passionate and urgent movement to inform, acknowledge, and protest the long history of prejudice, mass incarceration, and violence against minorities within our criminal justice system.

When the massive movement of Black Lives Matter swept our nation this summer, with demonstrations in every major U.S. city, Trump and conservatives reacted quickly in fear and anger. With tweets invoking civil rights era violence like “When the looting starts, the shooting starts.”, Trump was ignorantly sparking conflict between those who were fighting for justice peacefully and those that were seeking out trouble and violence for their own selfish reasons.

The most sickening and visceral example of this antipathy and disregard the former president showed to these protestors, took place on June 1st, when Trump instructed law enforcement to violently remove protestors with tear gas, batons, pepper balls, and rubber bullets, from Lafayette park. All of this was done just so he could take a photo while holding the Bible, in front of St. John’s Episcopal Church.

Cementing his legacy as a wannabe dictator, Trump proved that no movement, no cause, no people, no matter how justified in their position, would keep him from attempting to maintain his power through fear, violence, and lies.

9 in 10 black voters cast their ballots for Joe Biden to be the next President of the United States according to the Associated Press. Making up the largest and most consistent voting block for the democratic party, Black voters were clear in their choice of who was to be the next president and what they wanted to be the focus during their administration. One of the largest and most daunting challenges Biden tasked with is to bring integrity, transparency, empathy, and the desire to make real social change, back to the White House.

Though Biden’s policy record as a US Senator has had it’s notable flaws when it came to bussing, LGBTQ+ rights, and crime, he has remained, throughout his career, a consistent left-of-center democrat that supports working-class people, fights for social equality, and changes with the times. These principles, his long and accomplished career in the US Senate, as well as serving as Vice President to Barack Obama, made Joe Biden an attractive and reliable candidate for black voters specifically, as well as the democratic party in general.

Biden has made clear his desire to not only right the wrongs of the Trump administration, but to also make long lasting and substantial social change for all americans. To carry out this agenda, Biden began with selecting a diverse cabinet that made several firsts for the American government. With the most notable first being Kamala Harris who is the first black, asian, woman to be Vice President.

With 45% being women and 55% being non-white, including the first transgender person, first native american woman, and first openly gay official, the Biden cabinet shattered several glass ceilings, signaling a change in the status quo of the federal government. Biden proposed the most diverse first cabinet in US history.

However, this effort to diversify the federal government was not just at the top, but a much broader approach to the entire bureaucracy. Quite literally starting with Biden’s presidency, the first executive order signed under the new administration was in the advancement of diversity throughout the federal government, so as to better serve and protect marginalized and underserved communities.

Continuing with the theme of better protecting the American people, Biden put a sharp focus on tackling white supremacy and domestic terrorism in the country. Nominating Judge Merrick Garland to Attorney General, an experienced prosecutor and lifelong public servant who has dealt with domestic terrorism issues in the past, Biden made the statement that we can’t ignore any longer the destructive and racially-motivated violence that was showing itself more and more everyday.

In addressing the history of domestic terrorism being linked to racial and religious extremism, Biden has made the connection between institutionalized racism that exists prevalently here in the US, to the more extreme and destructive examples of it’s damage to American society. Highlighting that both ends of this racist spectrum feed into each other and that if we are to solve one end of the spectrum, we must fix the other as well.

However, it is what is in the middle of this spectrum that sparked a larger cry for change, the systemic violence towards minorities in this country perpetrated by the United States’ police forces.

Biden, while still campaigning, spoke to the moment of extreme pain that Americans were feeling last year due to the killing of unarmed black people including George Floyd and Breonna Taylor. Sharing his own experiences with grief, loss, and pain, Biden empathized with those who were deeply hurt by the events, validating their pain and frustration, and promising to work to make sure that these events are no longer a regular occurrence in the future.

Like many democrats, Biden has stated that police and criminal justice reform in this country is a necessary step in healing the wounds of this nation, and creating unity out of the divisions that have for so long caused violence in this country. How and when this reform will come about has yet to be seen, but if Biden’s ability to collaborate, unify, listen, learn, and empathize on issues facing all Americans is any indication, I would say that there is hope on the horizon and a better future within reach.

In Trump and Biden there are two presidents: One who continues to perpetuate discrimination, adversity, and violence, and another that seeks to end these crushing conditions through empathy, unity, and real change. Trump has consistently failed to consider the experiences and plight of minorities in this country, even adding to their struggles. Biden, identifying with those that have not had privilege in their lives and facing many struggles, attempting to solve the issues through a diversity of ideas and people. Many challenges lay ahead for this country and the systemic issues it faces with race. The question is whether Biden and this new administration is up to the task of leading the effort in solving these problems. However, no matter what Biden may do, none of it will matter unless we the people are willing to work for a better tomorrow ourselves.